In an effort to increase awareness about the ''silent blinding diseases,'' this month has been named National Glaucoma Awareness Month. Glaucoma is the leading cause of preventable blindness, responsible for 9%-12% of all cases of complete vision loss in the United States and effecting nearly 70 million people around the world. Since the disease is initially asymptomatic, research shows that nearly half of those with glaucoma are not aware of their illness.

Glaucoma is the name for a category of eye diseases that have the common affect of causing damage to the eye's optic nerve, which is responsible for transmitting images to be processed in the brain. Although glaucoma can affect anyone, there are particular populations that are at higher risk such as African Americans above 40 years of age, anyone over age 60, particularly of Mexican ancestry, and those with a family history of glaucoma.

Since vision loss due to optic nerve damage is irreversible, vision can only be preserved through early diagnosis. This is difficult however, because symptoms rarely manifest before the optic nerve is damaged, often becoming apparent when peripheral (side) vision loss is perceptible.

Treatment for glaucoma is determined based on the disease characteristics and the extent of the damage, and includes pressure-reducing eye surgery or medications, often eye drops. Although scientists are working hard to find a cure, it has not yet been found and therefore early diagnosis and treatment are the only ways to preserve vision. Because glaucoma is a chronic disease, it is important to find an eye care professional experienced in this condition.

The NIH's National Eye Institute recently found that while ninety percent of people had heard of glaucoma, a mere eight percent knew that it has no early warning signs. Only an experienced eye doctor can detect the early signs of glaucoma, by means of a thorough glaucoma screening. We suggest an annual screening as your best defense against this often over-looked disease. Don’t delay in getting your yearly glaucoma screening before it’s too late.

**WE NO LONGER ACCEPT DAVIS VISION** 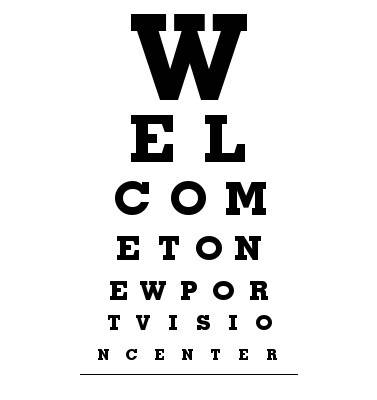 **We are CLOSED FRIDAYS and SUNDAYS.

**WE NO LONGER ACCEPT DAVIS VISION.

Winter hours are subject to change.